You are here
Home > Blood Disorders > BLOOD, A CONNECTIVE TISSUE & YOUR WELLNESS

In the human body, one of the most important connective tissues is blood. Blood is

considered a connective tissue because it consists of a non-living fluid in which living cells are suspended. The blood matrix surrounding the cells is known as plasma, which accounts for about 55% of our blood volume. There are three types of living cells in blood: red blood cells (or erythrocytes), white blood cells (or leukocytes) and platelets (or thrombocytes). These make up the remaining 45% of our blood volume.

The most important function of red blood cells is the transport of oxygen. The haemoglobin absorbs oxygen in the lungs, travels through blood vessels and brings oxygen to all other cells via the heart.

Hemoglobin (the main component of red blood cells) is an iron-containing protein that facilitates transportation of oxygen from the lungs to tissues and carbon dioxide from tissues to the lungs.

RED BLOOD CELLS primarily carry oxygen and collect carbon dioxide through the use of hemoglobin, and have a lifetime of about 120 days. In the process of being formed they go through a unipotent stem cell stage. They have the job alongside the white blood cells of protecting the healthy cells.

Any problem in RBC Red Blood Cells leads to several diseases and disorders and they are as follows: 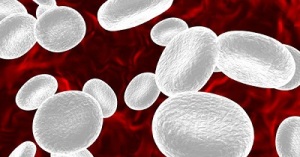 body against both infectious disease and foreign materials (toxins). Five diverse types of leukocytes exist, but they are all produced and derived from multipotent cells in the bone marrow known as a hematopoietic stem cells. They live for about 3 to 4 days in the average human body. Leukocytes are found throughout the body, including the blood and lymphatic system.

Any problem in WBC White Blood Cells leads to several diseases and disorders and they are as follows:

There are two major categories of white blood cell disorders: proliferative and leukopenias.

PLATELETS, The average lifespan of a platelet is normally just 5 to 9 days. Platelets are a natural source of growth factors. They circulate in the blood of mammals and are involved in hemostasis, leading to the formation of blood clots. Platelets release thread-like fibers to form these clots.

Any problem in Platelets leads to several diseases and disorders and they are as follows:

FYI: Lycopene is fat-soluble, meaning that it needs certain fats in the blood for better absorption by the body. Watermelon consists of 92% of water and 8% of sugar.

FYI: If you are having more of Vitamin C sources, then you have to increase the intake of folic acid rich food in your daily diet.

Ranjana Mishra
Ranjana is a MSc. in Life Sciences (Bio-Chemistry) and is presently pursuing Phd. in Bio-Molecules. She is in the Products Research & Development Department in Herbalage and had got immense knowledge on Health & Diseases which she is sharing with us via her articles.
http://herbalage.in